How Much Does It Cost to Develop a Dating App? 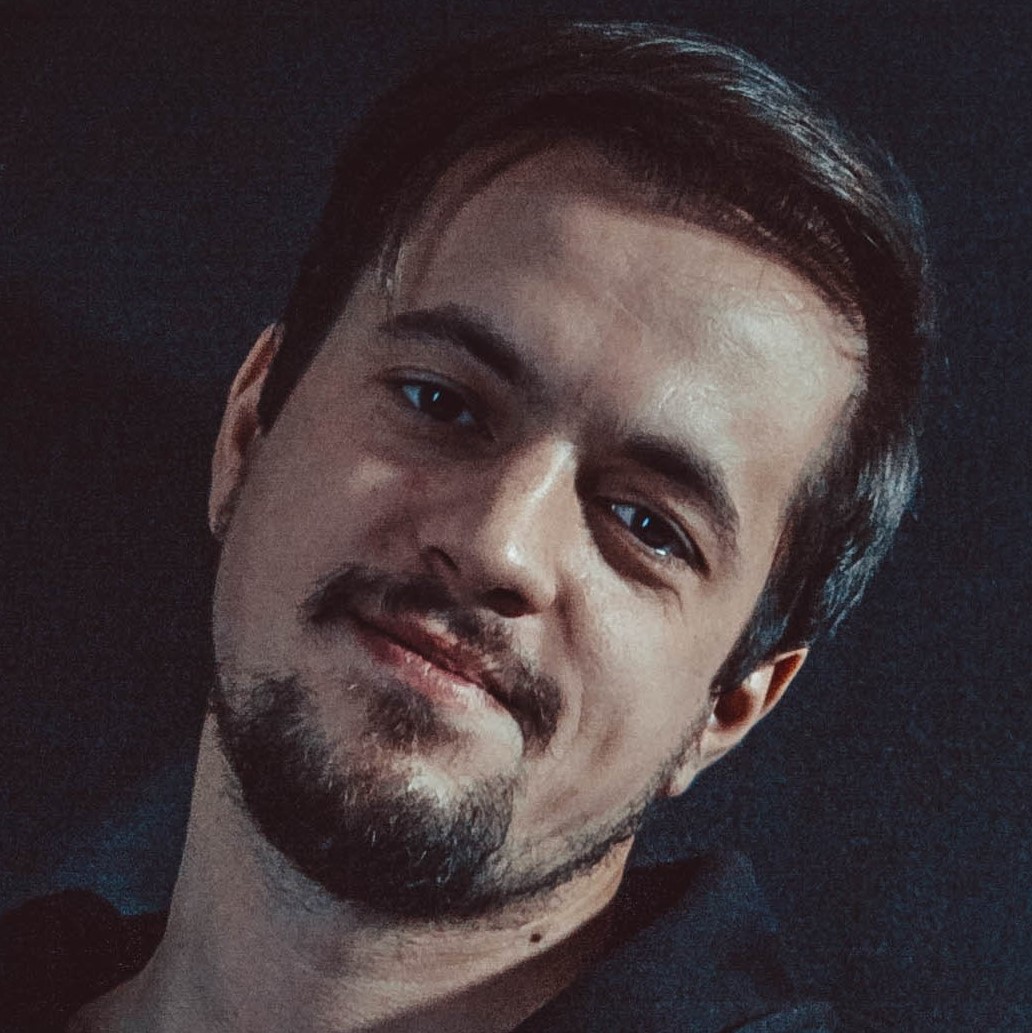 Online dating industry is growing fast year after year and, naturally, such a tendency is expected to flourish further (from $1,225m in 2016 to $1,610m in 2022). Annual growth of the industry is about 5% and it’s not going to decay (Source: IBISWorld). So yes, all those telling that dating app is a lucrative idea, are right.  But the question is, how much does it cost to build a really good app (like Tinder). And we do have an answer, as far Celadon has up-to-date expertise in building such apps for iOS and Android.

Now we’ve decided to share this experience with you so you can create a good and reliable product.

No matter what path you choose – to develop a Tinder clone or some completely new app, let’s begin with a detailed look at the products which have already conquered the market.

Though there are lots of dating apps, all of them can be divided into four groups:

The conclusion here is that – in the market of dating apps one can find whatever he likes and are looking for.

Having analyzed the data about the dating apps market, we have created a SWOT infographics, describing the most common issues and challenges you will face while creating your own dating app.

Also, after another analysis, focused on Android and iOS users’ opinions, we have collected the lest of the features, being desirable, and the ones, making the users mad.

The set of features and the type of the app defines the price. Considering the apps like Tinder, one should keep in mind that it is a location-based app. Other ones in the market use more or less the same approach, matching the users according to their personal information. So let’s have a closer look at the features Tinder possesses. 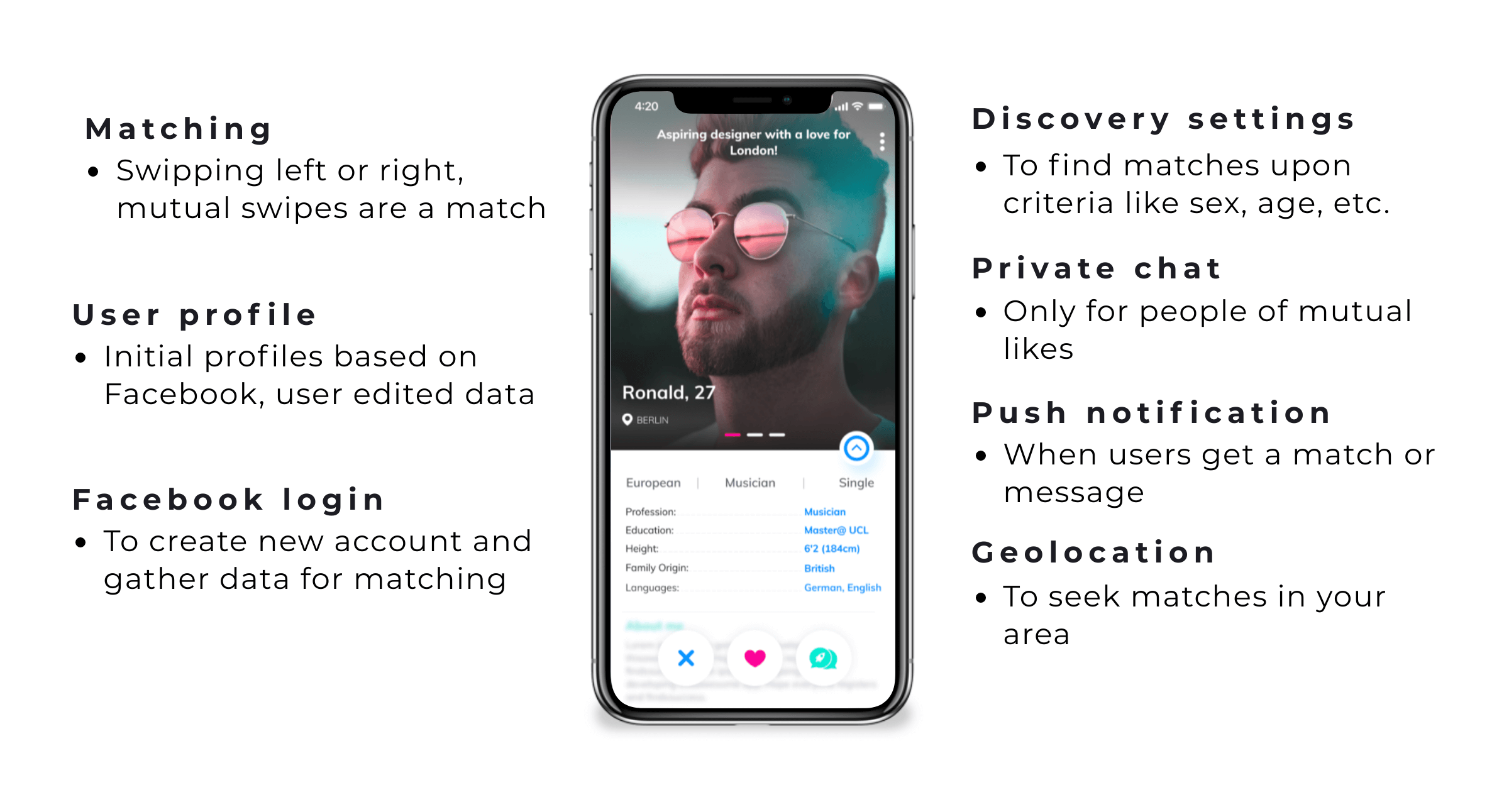 The first of must-have features. The simpler – the better. For example, Tinder allows logging in with FB or with the phone number. Form-filling is skipped as far the app grabs the data, mentioned in the FB profile.

One can add personal info manually, but as a rule it is imported from FB page. It is possible to add pictures or some additional data as well. The fields include age, location, mutual friends, interests and a brief self-description.

An essential feature for Tinder. It was at the beginning of an app – to connect people who are located more or less close by. Tinder fetches the data about users’ location, as fat this feature in particular is essential.

Discovery settings can be adjusted as well. For example, it’s possible to set sex, age and radius. Non-vip users can set the radius no more than 10 miles.

Swipe is the feature, making Tinder unique. It was implemented to enhance the dating process and make it more interactive. In two words, swipe to the right means you like the match and vice versa.

The couple can start chatting only if they give mutual likes. It protects users from accidental matching and time wasting.

Private chat opens only when the match is made. On Tinder the chat has all the features – emojis, GIFs and so on.

Social media are not just a part of our life, for many they are life. So in Tinder users can integrate their social media profiles with the app itself.

For dating apps engagement and returns are crucial. So push notifications ensure that the users will not forget to visit the app to check the matches and see the updates.

There are some essential KPIs, which are common for all the dating apps. So we looked into the features that can help you to improve engagement, revenue metrics and other metrics. They should be considered while you decide to develop a dating app, especially from scratch.

How much Tinder costs

Considering the information above, we can provide an estimated cost of creating a dating mobile app, having the main Tinder features. As it was mentioned at the beginning, the cost depends on the feature set, app complexity, development service rates. However, it is also important if the app is developed from scratch or is a clone in this or that way. So our calculations of the Tinder-like app is based on the feature set, described in the article.

In short, the development of a similar dating app from scratch requires about 2000 - 2500 hours for Backend, iOS and Android platform + extra QA, PM, UI.

Another important point is the hourly rates, which vary in different countries and companies.

Surely, the development cost depends on different conditions, but the figures, mentioned above, will be relevant in case the app will be created from scratch.

If you want to go further, we would recommend you to check out one of our case studies - dating app development.

The above cost calculation is only an approximate numbers. If you have an idea in mind and would like to have more detailed information, feel free to contact us. We'll be happy to provide you with a work breakdown structure and detailed estimate. 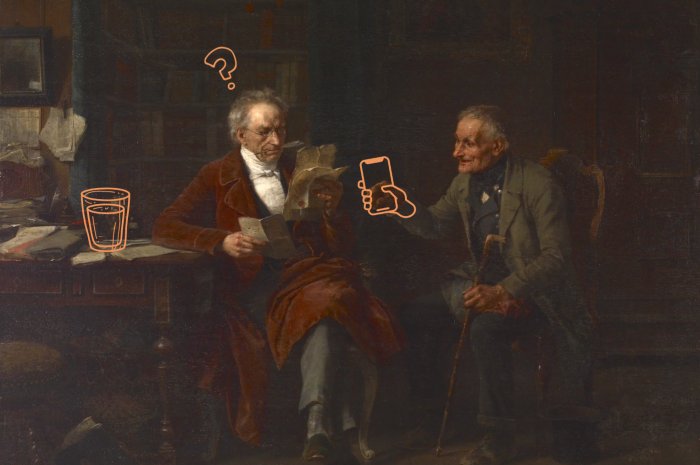 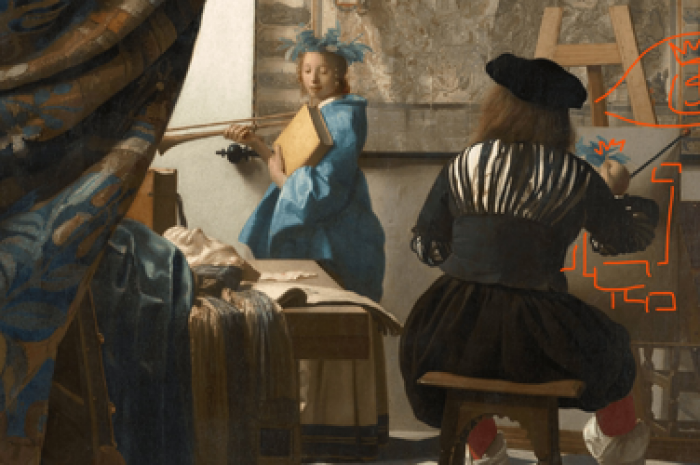 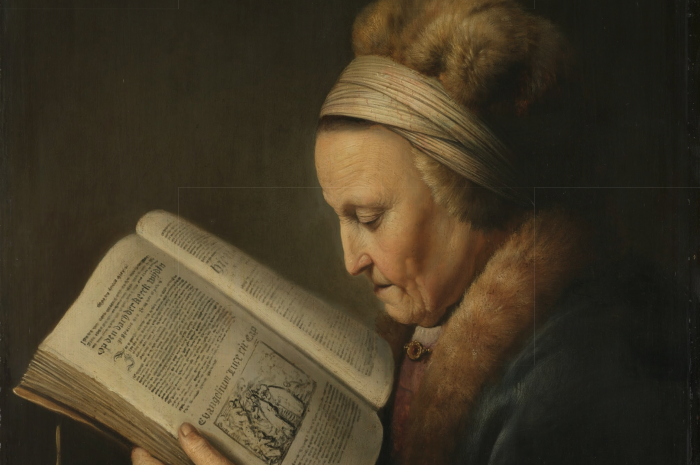 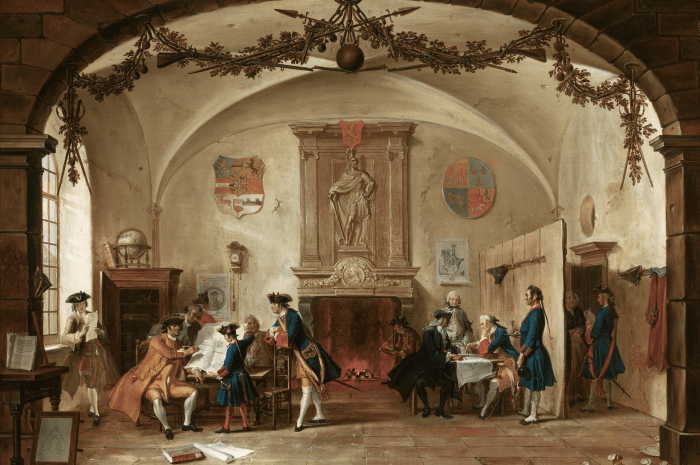